“This has been an intense year.”

A remark that is in no way an understatement was the first thing said by Mark Zuckerberg on the Keynote of the first day at this year’s F8 Conference. Afterall, he had to testify before congress in April, and Facebook as a whole took a lot of flack for privacy concerns having to do with Cambridge Analytica using psychological profiling of users to better target ads for the 2016 United States election.

Nevertheless, he walked onto the big stage with his usual strut and demeanor and impressed many with his determination to address the major issues that Facebook had been recently confronted with, along with a plethora of announcements regarding big updates. Here are a few of our favourites:

Facebook bought Oculus VR in 2014, and has been taking the VR (Virtual Reality) / AR (Augmented Reality) game very seriously since. In their latest move, they announced the release of Oculus Go (starting at $199 USD), a headset with over 1000 apps that promises to bring VR to everyone at a relatively affordable price. Of course, everyone attending the day one keynote got to go home with their own pair. (But does it really count as free if you pay $600 for tickets? We’ll let you be the judge). In a response to the overwhelming concerns regarding user privacy around the world, Facebook is offering users a better way to protect their data, rather than just deleting their Facebook account. A new “Clear History” feature will be made available soon for people to, well, clear any historical searches made with Facebook. This will wipe any “likes”, cookies, and other information about you from Facebook Analytics. To be clear, Zuckerberg believes that using the Clear History feature will make users’ Facebook experience less personalized and therefore not as beneficial to the user, but we’ll have to wait and see if people care as much about a tailored experience as having their privacy protected.

In a classic strategy to dominate the world, Facebook is now setting their sights on the online dating market. Although the privacy issues with Cambridge Analytica may have put things on pause for the dating service, Facebook has made it clear they want to help people make more meaningful relationships. The very nature of providing a dating service means that Facebook will have reliable information about where people live, how old they are, what they are interested in, and so on. We’re sure to see more information about this new service unfolding as the year progresses. Regardless of how much hype the public is creating around Facebook’s new love service, it likely won’t be available to the public market until much later this year or even in 2019. 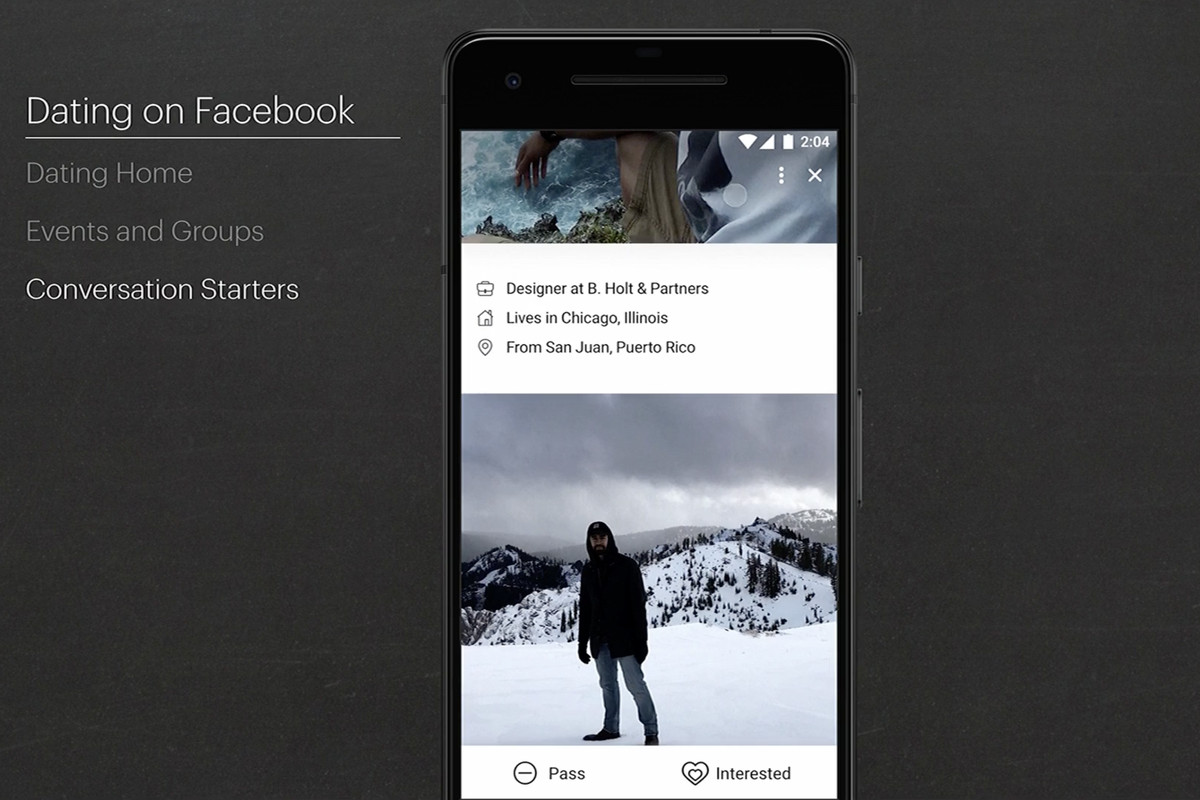 (Image from The Verge)